I’m a little bit giddy about REDEMPTION RED, the second book in the Wine Country Series by Delancey Stewart.

Not only because I love wine and romance (who doesn’t???) and adored A RARE VINTAGE, the first book in the series, but because I got to choose REDEMPTION RED’s setting!

Actually it’s because I stalked the author a lil bit and won a contest on her blog. (See? Good things can happen when you stalk people!)

So I’m super excited to bring to you the cover reveal of REDEMPTION RED, scheduled to be released October 15th, 2013. 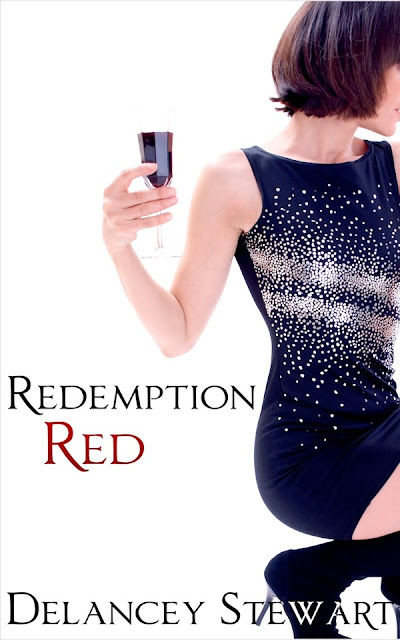 Add this beauty on Goodreads!

Love, loss, and a smoky red…

When Audrey Montgomery’s carefully planned life collides with the self-destructive path Tyson Dawes is on, neither of them can predict what will happen next.

Audrey is a diligent and self-reliant culinary student at Portland’s prestigious Cordon Bleu. She has a clear picture of her future in mind, and it allows little room for the steely-eyed and tormented young man she bumps into by chance while wine tasting with friends.

Tyson Dawes had a perfect childhood, raised among the vines in Oregon’s Willamette Valley. But even the most idyllic of upbringings couldn’t have prepared him for what he would face as a Marine. He returns to his childhood home angry and haunted by the storms of what he has faced and by those he has lost.

Do opposites truly attract? Can the lure of Audrey’s apparent clarity and innocence offer Tyson hope in the face of his emptiness?

The Wine Country books are part of a series but can each be read individually. 🙂

Grab A Rare Vintage on Amazon for just 99 cents! 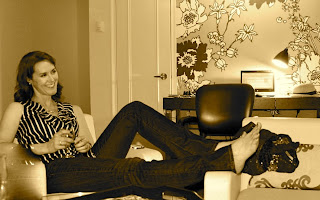 About the author:
Delancey Stewart has lived on both coasts, in big cities and small towns. She’s been a pharmaceutical rep, a personal trainer and a wine seller. Despite lots of other interests, she has always been a writer.
A military spouse and the mother of two small boys, her current job titles include pirate captain, monster hunter, Lego assembler, story reader, and tech writer for a defense contractor. She tackles all these efforts at her current home in Southern Maryland.
Delancey Stewart is the author of Through a Dusty Window: New York City Stories 1910-2001 and the Wine Country Romance Series which includes: A Rare Vintage and Redemption Red, as well as the Girlfriends of Gotham Series, publishing with Swoon Romance. The first book in that series, Men and Martinis, will be released in Winter 2013.

Must be 18 or older to enter
One winner will win (US only):
– an ebook copy of both “A Rare Vintage” and “Redemption Red”
– a gorgeous bracelet created with recycled wine bottles on an aluminum link bracelet. It measures 7 1/2 inches long and features green, brown, blue, gold and clear color glass rings. The bracelet is handmade and can be dressed up or down, thanks to the elegant styling.
AND
– a 10 ounce jar of Oregon Pinot Noir chocolate sauce from Euphoria Chocolate Company in Oregon (where Redemption Red is set). Great for use on ice cream, in coffee or just on a spoon!
4 winners will win (INT):
– an ebook of Redemption Red