As a writer of historical fiction, I spend a lot of time researching, and I especially adore vintage ads.

Occasionally I come across something that I wasn’t looking for but is so fascinating I get completely sidetracked and lose an hour amusing myself with it.
No pun intended. 🙂
Here’s what got me today–an ad for Vigor’s Horse-Action Saddles. 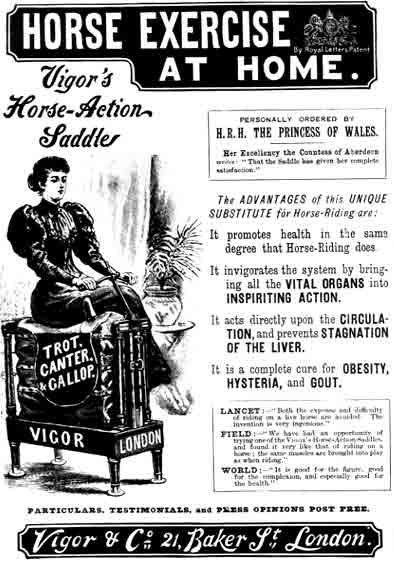 Just look at all the benefits for Victorian women…
A “UNIQUE SUBSTITUTE” for horse riding–you can trot, canter, and gallop, and you don’t even have to leave the house! You can ride right there, next to your potted fern! (Sidesaddle, of course.)
It brings “all the VITAL ORGANS into INSPIRING ACTION!” So inspiring, even the Princess of Wales was “completely satisfied.” If it’s good enough for royal rumps, it’s surely good enough for yours. 🙂
It was, of course, an early vibrator, which was marketed to women for at-home use to cure their “hysteria.” Prior to 1880, when the first electromechanical forebear to the Magic Wand was patented, women used to see their doctors for hysteria–they were treated with “physician-assisted paroxysm,” or as women would later call it, an O. 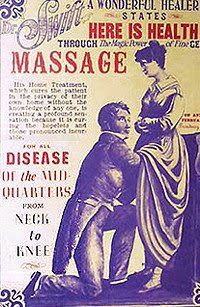 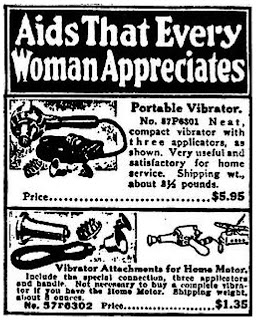 According to one source, these kinds of ads disappeared about the same time that movies became popular (the 1920s). Apparently, once men saw these devices being used in stag movies (such a great old phrase), they realized that mechanical contraption in the hall closet wasn’t really just a newfangled hair dryer.
Not to mention that electric saddle in the parlor… 😉
Cheers!
Melanie