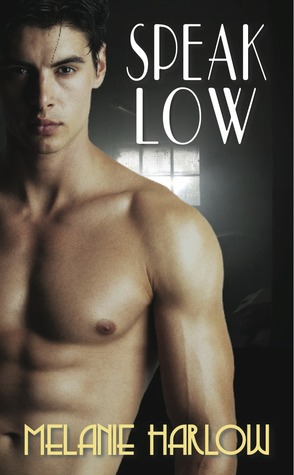 After bootlegging enough whiskey to free her father from the DiFiore crime family, twenty-year old Tiny O’Mara is determined to leave home and take control of her own life.

But it’s going to cost her.

Her alliance with sultry Enzo DiFiore is based more on their intense physical attraction than any loyalty or trust. When he offers her an apartment and nights spent together where anything goes in exchange for some information, she’s tempted beyond measure.

But taking Enzo’s side means betraying gorgeous childhood pal Joey Lupo, the only man she trusts. And even though they spend most of their time at each other’s throats, the heat simmering between them is becoming too hard to ignore–then one night, it boils over.

As Enzo’s greed and deception escalate and her feelings for Joey deepen, Tiny realizes her mistakes. She just hopes she gets the chance to fix them before it’s too late.

*Speak Low is the sequel to Speak Easy but can be read as a stand alone romance, complete with HEA.

**Speak Low contains mature content and is intended for readers 18+.