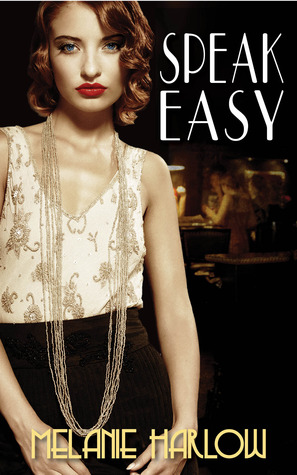 The 1920s are roaring, and twenty-year-old Tiny O’Mara wants to be a part of it.

By day she works for her father’s smalltime bootlegging operation, by night she craves the sexy roll-your-stockings-down lifestyle of a flapper—until her father is kidnapped by a mobster in Detroit’s exploding organized crime scene, and it’s Tiny who has to come up with the ten-thousand-dollar ransom…in one week.

Suddenly she’s thrust into an intoxicating underworld of greed, lust, lies, and betrayal.

Enzo DiFiore is the son of the mobster holding her father hostage, but his sexy screen idol looks and dangerous charm leave her breathless. When the forbidden spark between them refuses to burn out, she tries to use their powerful chemistry to buy more time. And irritatingly handsome childhood pal Joey Lupo has the street smarts Tiny needs to make a quick ten grand, but he’s got his own agenda where gang rivalries are concerned.

Deciding whom to trust isn’t easy in a world where everyone wants something—be it booze, money, power, or sex—and no one cares what it takes to get it.

Temptation is everywhere. And anything goes.

**Due to mature material, this New Adult historical is recommended for ages 17+.**