This is one of those history lessons we didn’t get in school.

A lovely reader who just finished an ARC of SPEAK EASY emailed me about a scene where Enzo retrieves a condom from his coat pocket. (It is a favorite scene of mine.)

She was curious about the accuracy of this–did such a thing exist in the 1920s? 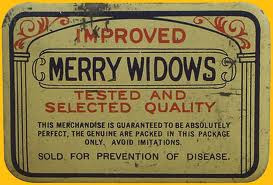 I admit that when I was writing the scene, I looked it up to make sure (that’s the downside of writing hot scenes in historical settings–you have to stop and look things up…more on that another time).

But here are Five Fun Things about Condom History.

1) According to Salon.com, “The oldest condoms ever found were dug up in the cesspit — or big toilet — of Dudley Castle, an English ruin, in 1985. Made of fish and animal intestine, the condoms were most likely dropped into the cesspit sometime in the mid 17th century.”

Fascinating. And yet disgusting.

2) The first rubber condoms were produced in the mid-19th century, and they only covered the tip–men had to be measured by a doctor for a proper fit, and even then they’d fall off during use (go figure). Pretty soon rubber manufacturers figured out that full-length one-size-fits-all condoms would sell like mad in pharmacies. 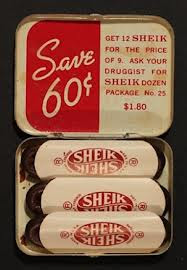 3) Condom use got a big boost during World War I because they prevented soldier deaths from  STD’s like syphilis. However, the U.S. military, under pressure from “purity advocates,” was the only force not to supply its troops with condoms. Way to go, Uncle Sam!

4) In 1918, condoms began to be publicly, legally sold to Americans for the first time in forty-five years. Through the 1920s, catchy names and slick packaging became an increasingly important marketing technique for many consumer items, including condoms.

So, yes…we may not like to think about our great-grandparents in terms of pre-marital sex or Three Ramses condoms, but there it is!

Have a safe weekend. 😉