So I had totally planned to blog about something useful for my first post here.

Some kind of welcome.

I was going to introduce myself. Talk about writing sexy stories. About awesome books and the people who write them.

I planned to admit that I am just finding my way along the path to self-publishing and volunteer to share everything I learn with you.

But I can’t do that now. Because I just discovered two things on Twitter that have hijacked my brain:

I’m afraid the above has rendered me useless this morning. Let’s blame Henry.
No, wait–that doesn’t seem fair. Let’s blame Sylvia!
Well, no, I guess it’s not really her fault either. OK, let’s blame the Gideon Cross Twitter feed. Because now, not only is my first blog post a mess, but I’m in no mood to write, edit, or research self-publishing. I just want to do this 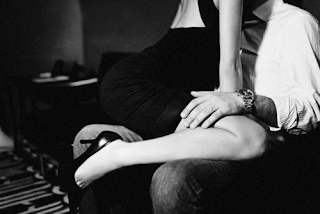 with Henry Cavill. (Or that model. I wouldn’t shove him off my couch either.)
But perhaps there’s a lesson here somewhere: When you’re trying to get something done, don’t get on Twitter. Because Gideon Cross will find you.
Le sigh. I’ll try again tomorrow.