I’m kicking off this series of posts with a couple I still adore–Mia and Lucas from FRENCHED! In fact, I adore them so much, I have written them into two subsequent series, the Happy Crazy Love series and my upcoming Only You series!

How they met: Mia was alone in Paris (and NOT happy about it–the trip was supposed to be her honeymoon) and went into a bar to get out of the rain. Lucas was behind the bar, poured her some wine, and offered to show her around the next day… 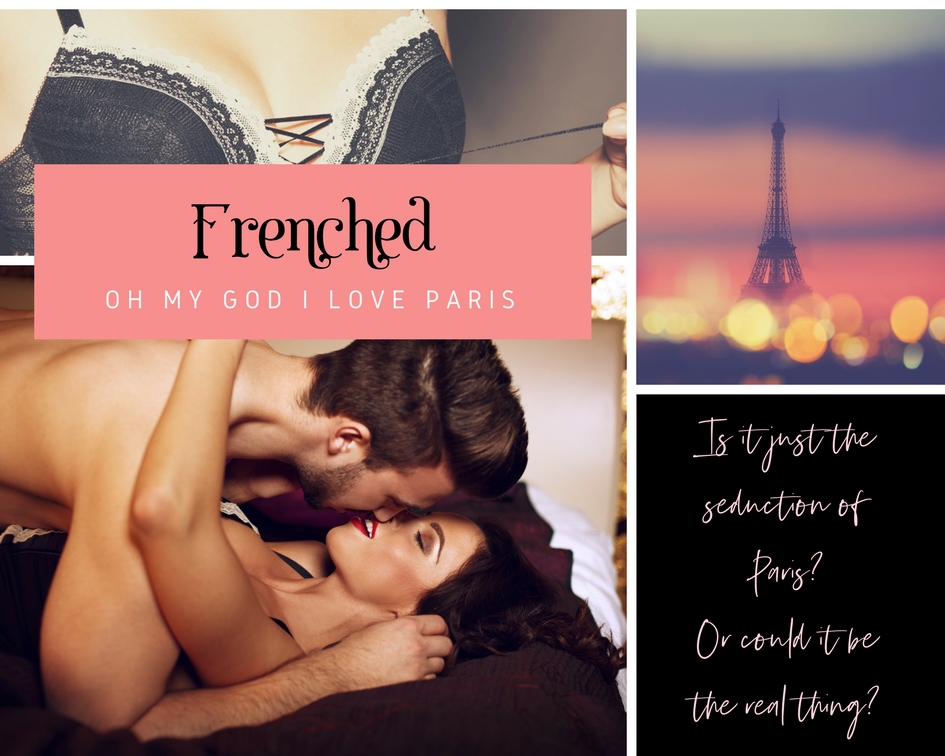 I took a step closer to him, angling my head so that my lips were just beneath his. All he had to do was lower his lips two inches, and they’d be on mine. Suspense had me rising on tiptoe.

Finally he lowered his mouth onto mine, and the warmth of his lips sent bolts of lightning straight to my core.

Tentatively, I put a hand to the back of his neck and opened my lips further, and he began to move his mouth over mine in a way that was both tender and suggestive. He kissed each of my lips, taking them gently between his own. Then he slanted his mouth more fully over mine, tilting his head so that the fit out our lips was tighter, the intensity of the kiss deeper. His hand moved to my hip, and my entire body shivered from the powerful pull of longing within me. God, how long had it been since I’d felt that?

Somewhere in the back of my mind, I remembered we were standing on the street, but I couldn’t resist bringing my other hand to Lucas’s jaw, desire rippling anew at the feel of his stubble on my palm. I even liked the way it felt on my lips and face—a little scratchy and rough, but new and different and exotic.

Lucas broke off the kiss and looked at me with concern in his eyes.

“Shhh.” I put a finger on his lips. “I’m not thinking anything right now except that I want you to kiss me again.”

He smiled and brought his mouth to mine once more. Shyly, I tasted his lips with my tongue, and I was rewarded with a low moan from the back of his throat as well as the soft stroke of his tongue against mine, just once.

Oh my God. I’m shaking, I want him so badly.

I pulled back slightly. “Let’s go.”

“Yes.” The word was out before he even finished the question. “And I want to tell you something.” I put a hand on his chest. It was warm and hard, and damn, I wanted to see it naked. “I do not now, nor will I ever, think you’re anything less than a perfect gentleman, OK? I can tell that you’re worried about something—maybe moving too quickly or being too forward or maybe it’s the whole canceled wedding thing—”

“—but unless you’ve got a girlfriend back in New York or a criminal past or a creepy insect collection at your apartment, I really, really, really want to come over.”

He chuckled, the corners of his eyes crinkling the way I liked. “No, no, and definitely no. I only want to be sure you’re comfortable with it.”

“I am.” I gave him a quick kiss on the lips for being so sweet. “I like you, Lucas. And I know exactly what I’m doing.”

That was a huge lie. Enormous. The Arc de Triomphe of lies.

I wanted Lucas like crazy, if my underwear was any indication. But I had no idea what I was doing.

I just knew that I liked it.