“One of my favorite romances ever, Frenched has it all!” — NYT bestselling author Lauren Blakely 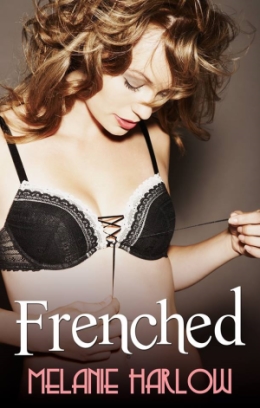 Mia Devine plans over-the-top weddings for a living. So when it comes to her own nuptials, she spares no expense—hand engraved invitations, Vera Wang gown, luxury honeymoon in France. And since her fiancé is Tucker Branch, playboy heir and notorious flirt, local media is obsessed with every little detail.

Which is why it really sucks when he jilts her a week before the wedding.

Mortified, Mia wants nothing more than to crawl under her newly monogrammed sheets and plan a funeral for her dignity, right after blabbing to the world how fitting it is that Tucker will inherit a bolt and screw company, because that’s all he wants to do—screw, and bolt. And he doesn’t do either with much finesse.

When her friends convince her that bitter tastes better when it’s drowned in Bordeaux, she grits her teeth and packs her bags, determined to make the best of a week in Paris alone.

The free-spirited musician’s scruffy good looks and less-than-sympathetic ear annoy her at first, but when she takes him up on his offer to show her around the city, she discovers that the romance of Paris isn’t just a myth.

Nor is the simultaneous O.

The last thing Mia needs is another doomed love affair, but since she only has a week, she figures she might as well enjoy La Vie en O with Lucas while she can. But each day—and night—with him is better than the last, and suddenly her heart is telling her this is more than a rebound fling.

Is it just the seduction of Paris…or could this be the real thing? 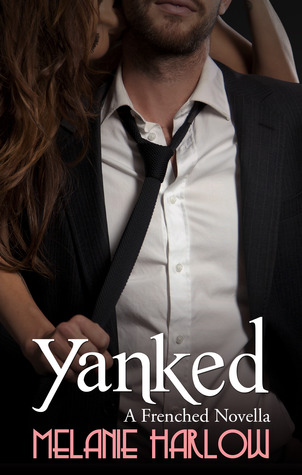 YANKED is the follow-up novella to FRENCHED…Mia Devine fell hard for Lucas Fournier after their magical week in Paris. But eight months later, the free-spirited half-French musician still hasn’t made any promises about their future. And as magnifique as long-distance phone sex is, nothing compares to the real thing.

Fed up with stolen weekends and lonely nights, Mia flies to New York armed with a list of reasons why they should take the next step, but an unexpected guest in Lucas’s apartment derails her plans. He’s been keeping secrets–worse, he claims he’s happy with the way things are.

Without the magic of Paris, can their mismatched love survive?

“Harlow hooked me with FRENCHED, and now she did it again with FORKED! Amazing, humorous, and sexy writing that will have you in a giggle fit at one point, and yearning for a cold shower the next.” — Shayna Renee’s Spicy Reads 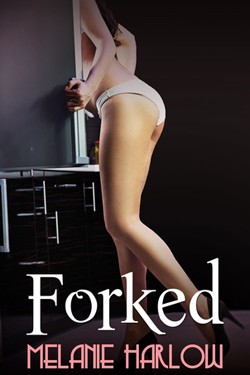 1) Agree to plan last-minute engagement blowout for spoiled Mafia princess before you realize her choice of caterer is Nick Lupo, a despicably gorgeous young chef with a hot new restaurant in town, a reality TV show victory, and a romantic past with you—one that did not end well.

2) Strike a deal with Nick in which you agree to spend a weekend with him in exchange for his services, under the strict conditions there will be no talking about the past, no second chances, and definitely no sex.

3) Violate all three conditions within 24 hours and spend two glorious days remembering what made you fall for the sexy, egotistical bastard in the first place, and why it hurt so much when he broke your heart.

Add one road trip, plenty of good scotch, and endless spoonfuls of chocolate cake batter drizzled over your body and licked off inch by oh-my-God-yes-right-there inch, then just admit it.

“Each book is better than the last. This series is just…delicious.” — Fan Girl Book Blog

Erin Upton is too embarrassed to tell the cops what she was really doing while her townhouse was burglarized, especially since the first officer on the scene is former nuisance next door Charlie Dwyer. Where’s the justice in the world when a neighborhood know-it-all grows up to be six-foot-three inches of solid muscle with gorgeous green eyes and a slow, sexy please-arrest-me-now-officer smile? It’s bad enough she’s wearing her robe and slippers—did he have to notice her fuzzy hand cuffs on the bathroom sink?

He’s arrogant as he ever was, which is fine by her—she’s too busy with her dance studio’s grand opening to make time for a man. But they keep crossing paths, and
when Charlie offers to help her put in new flooring at the studio one night, things go from hammering nails to hammering each other in a hurry. And about those hand cuffs…

They agree it’s a one-time thing. But when that becomes a two-time thing, then a three-time thing, Erin starts to wonder if maybe she and Charlie could be a life-time thing. Her best friends Mia and Coco found love in unexpected places. Is it finally her turn?