Someone sent me this article recently, and the headline made me turn cartwheels:

Second because Detroit needs this kind of cool new business.

Third because it involves gin. And anything involving good gin gets an automatic cartwheel from me.

The Prohibition-themed micro-distillery (love those words) and tasting room will be located in an old Eastern Market slaughterhouse (which is also kind of a cool old word even though I don’t like thinking about its actual meaning).

Although it is not slated to open until Spring of 2014, distiller J.P. Jerome is already barrel-aging whiskey in preparation for opening. 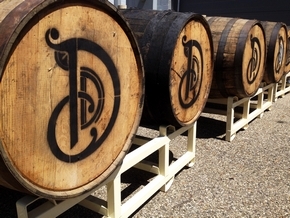 How cool is that?

Cheers, everyone! Have a great weekend!