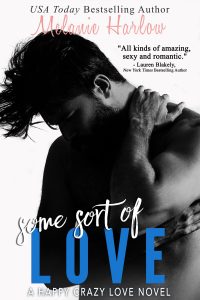 I watched her rush up the stairs to get her things, and as soon as she was out of sight, I adjusted myself in my pants. My dick had jumped to life the second she said yeah, I do, as if the question had been you want to get naked and fuck? rather than something much less suggestive. Not that I didn’t want to get naked and fuck—hopefully I’d last a little longer than I had in the broom closet eleven years ago—but I didn’t want to make her feel like that’s what I expected. She wasn’t a horny nineteen-year-old college student anymore; she was a doctor, for fuck’s sake. She was beautiful and smart and mature and sophisticated, and a woman like her did not want some Neanderthal who probably needed a haircut and a new pair of shoes to throw her up against a wall for a five-minute fuck.

Fuck. I could be that guy.

As soon as I had the thought, I felt guilty. Scotty was the love of my life and always would be, and whenever I felt the slightest bit resentful about something I couldn’t do because of him, that resentment was immediately crushed by shame. He didn’t ask to be born wired differently, into a terrible relationship, to a mother who would decide she couldn’t handle being a parent, to a father who wasn’t prepared for any of it. He was completely innocent, and he needed me to be a better man.

You’re spoiling him, Monica had scolded me tonight, as usual. She’d tried to make him wash and comb his hair before bed, which had resulted in a meltdown. Granted, the kid’s hair was dirty and disheveled, but washing it was such a battle I permitted him to wash it only once a week, on Sunday nights. She’d also wanted him to change his pajama top, since he’d gotten chocolate milk on the front of the one he was wearing. But in Scotty’s world, there is no pairing the dinosaur pajama bottoms with a plaid pajama top. There is also no changing into the plaid pajama bottoms, because he’d already planned on wearing the dinosaurs. Plaid was for school nights.

You let him run the house. He’s the child; you’re the adult. He’s manipulating you.

I’d heard it from everyone in my family, which was a huge part of the reason Scotty and I had moved away. They meant well, but they didn’t understand that Scotty’s inflexibility wasn’t just him being a brat—he experienced physical pain when something felt “wrong” for him. I wasn’t letting him get away with things; I was making compromises the way all parents do, trying to find the right balance between being strict and being compassionate. Why couldn’t they understand that?

Running a hand through my hair, I exhaled and wondered if I should ask Jillian for a rain check on a night when Scotty’s usual sitter could be there. If he woke up again and I wasn’t home yet, he might never get back to sleep. We’d be up all night, tomorrow would be miserable, and the whole start to the week would be off.

But she was so beautiful. And I hadn’t been this attracted to someone in so long.

“Fuck,” I muttered, checking my watch. What was the right thing to do? If she were a different sort of woman, if her brother-in-law weren’t my friend and client, if we lived three states apart…if any number of circumstances were changed, I’d grab her hand, drag her out to my car, and spend the next thirty minutes fucking her brains out in the back seat. It would feel so good to take control that way, to lose control that way, to release some of this fucking tension. But was that fair to her?

My phone buzzed in my pocket.

“He’s up again.” Monica’s voice was strained, and in the background I heard the familiar keening of a nighttime meltdown. My chest hurt, the way it always did when Scotty was upset.

“Tell him he can play on his iPad.”

“That’ll just rile him up more. He’s tired. He needs to go back to sleep.”

I clenched my fist. “Just do it, OK? It will help calm him until I get there.”

“Hey,” she said, her face concerned as she reached the ground and saw my expression. She set down the suitcase. “What’s up?”

Sighing, I put my phone back in my pocket. “I have to get home. Scotty woke up and he’s upset.”

“Oh.” She tried to hide it, but I saw the disappointment in her eyes.

“Of course.” She smiled, and her lips looked so soft and inviting, I took a step closer.

If you kiss her, it will be that much harder to leave.

I knew it was the truth, but I couldn’t help myself. One kiss. Just one. And then I’ll go. I moved even closer and took her head in my hands.

The curve of her smile deepened. “What are you doing?”

“I’m thinking about kissing you.”

I lowered my lips to hers and let them rest there, fully intending the kiss to be short and sweet, just a goodnight.

But I couldn’t break it off. I wanted more—I wanted to taste her. Slanting my head, I changed the angle of the kiss, teasing her mouth open with mine, slipping my tongue between her lips. A little sigh escaped her, and my dick jumped to life again.

But her hands were moving up my chest and my fingers were sliding into her soft brown hair and I could smell something sweet and citrusy on her skin and it mingled with the taste of whiskey on my tongue and oh God, I wanted my tongue everywhere on her body. I wanted to make her come with it just so I could hear that little sigh again and again and again. And I wanted to feel my hands in her hair just like this while she got on her knees and took my cock between her lips, looking up at me with those big blue eyes…

Groaning, I forced myself to take my lips off her before I completely lost my senses. “God, I wish I could stay,” I said, resting my forehead against hers. “I wish a lot of things.”

“I know.” She played with my tie again. “I wish I was taking this tie off you, not straightening it.”

“What a coincidence, that’s one of my wishes too.”

She laughed and kissed me quickly. “Another time, maybe. You better go.”

I sighed and wrapped my arms around her, pulling her close. Her hair smelled good, too. I inhaled, trapping the scent of her in my lungs, memorizing the feel of her in my arms, so that later when the house was dark and quiet and I was alone in bed with my dick in my hand, I could imagine she was with me.

If I could get the house dark and quiet, of course. Sometimes I couldn’t.

And before the cycle of resentment, guilt, and shame could set in, I dropped a kiss on her head and let go of her. Pulling my phone from my pocket, I unlocked the screen and handed it to her. “Will you put your number in here so I can call you?”

“Sure.” She tapped her number onto the keypad and saved the contact info before handing it back to me. “There you go.”

“Thanks. I’m so glad I came tonight. I almost didn’t.”

“I’m glad too. It was really good seeing you.”

“You too. I haven’t had the chance to tell you this yet, but you’re even more beautiful now than you were then.”

She smiled and shook her head, but I could tell she was flattered. “Stop.”

Read more about Some Sort of Love and find purchase links here! 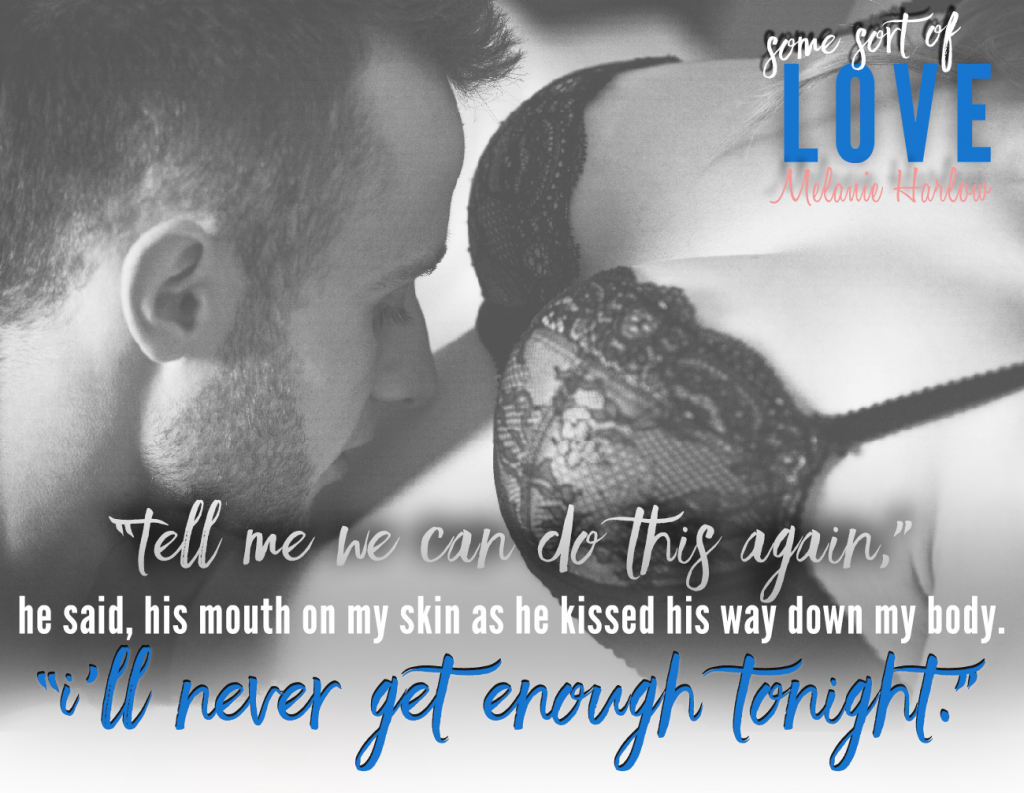